Done! You'll get emailed updates for this mod.

Welcome to Xwink vs Kie Fighter.

Now has a VTOL motivator that can be added to each craft.Also a place anywhere Concussion missile tube. Community Resource pack link on Spacedock. https://spacedock.info/mod/31

Each body is basically a flying wing that is directed by their reaction wheels. Though they are straight forward to fly they won't react the same as craft that use elevons to change direction. The Tie Fighter based craft are pretty precise because their nacelles are basically vertical wings and so provide enough drag control surface to catch the air for turning sharply. The X-wing and A-wing need more of a banked turn so that their bodies act as the drag. This is especially true of the A-wing at speed as it will slide as if on ice as it turns without banking the body to act as a brake.

Each craft is 2 pieces so that the engines and RCS systems are on separate pieces, this resolves a conflict that can arise from having both systems on the one model. In the A-wings and Snow Speeders case this is an RCS cross that clicks inside the body.

4 of the craft have Landing gear systems that require Linuxgurugamer's small plugin AnimateGenericEffects and I will provide a link to it.

The RCS systems are powerful in order to take off and land vertically and should be thrust limited down when used in space.

They are not required for flying in atmosphere. Generally getting back on the A-wing means climbing the nose or leaving it with the gear retracted so you can just walk up it.

The X-wing comes with 2 extra parts, as it is designed to be used with my R2D2 clone called RND. An elevator and a docking plate that RND can attach to and be lowered and lifted in and out of it's hole. It can also undock and redock to the plate as it has the ability to dock built in to it's feet. The docking plate has it's white side as being able to dock. I WILL PUT 2 CRAFT FILES IN THE MAIN FOLDER, ONE OF THE X-WING SET UP WITH THE LIFT AND ONE THAT ALSO HAS RND ATTACHED IF YOU HAVE GOT THAT MOD ALSO. THE RND LIFT REQUIRES BREAKING GROUND TO WORK I hope that covers it. I am sure there will be something I have missed. 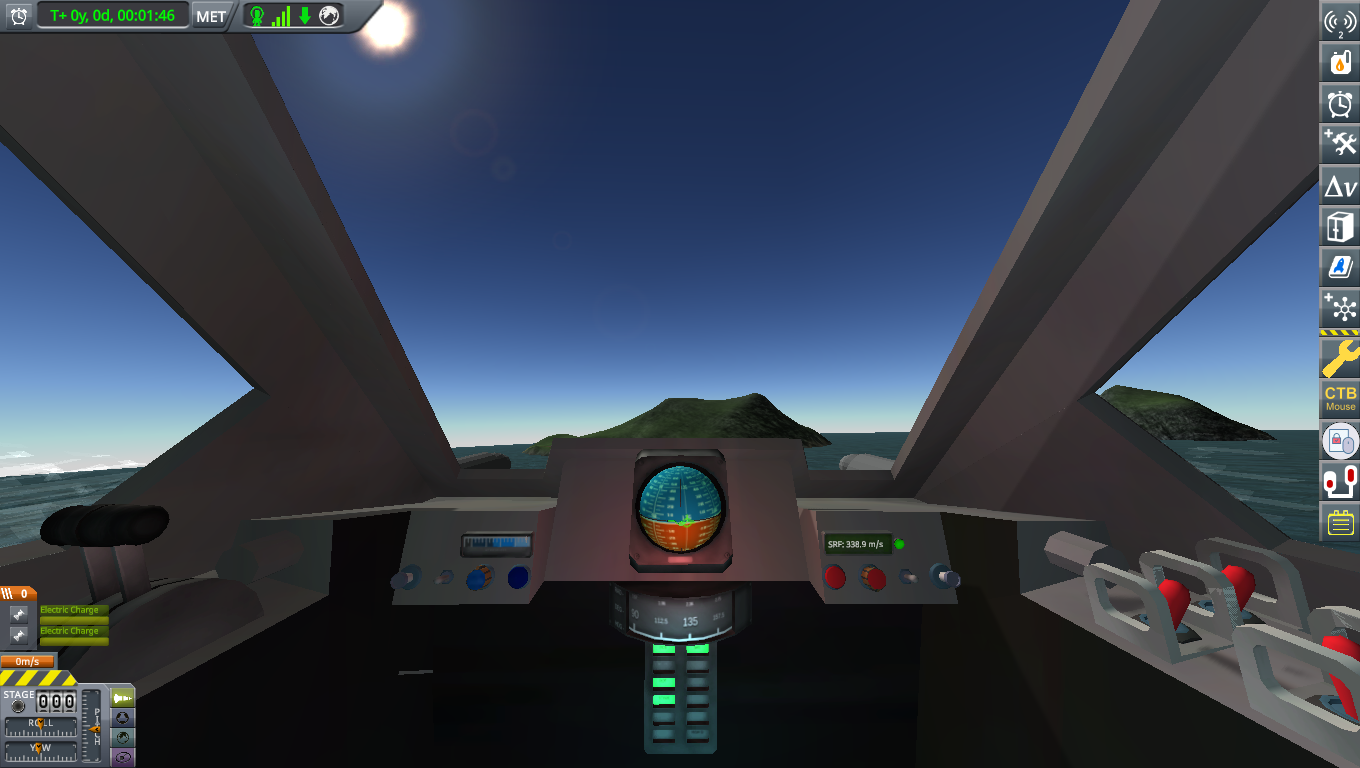 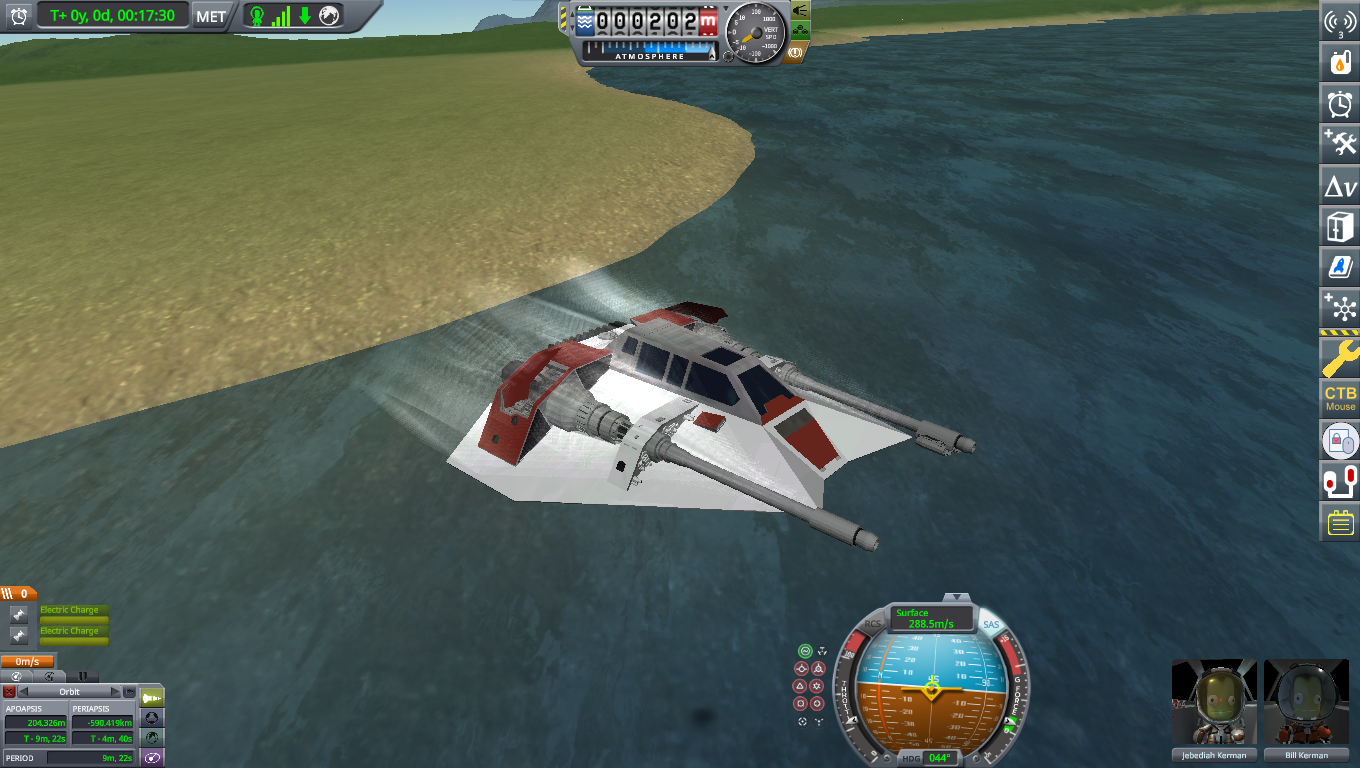 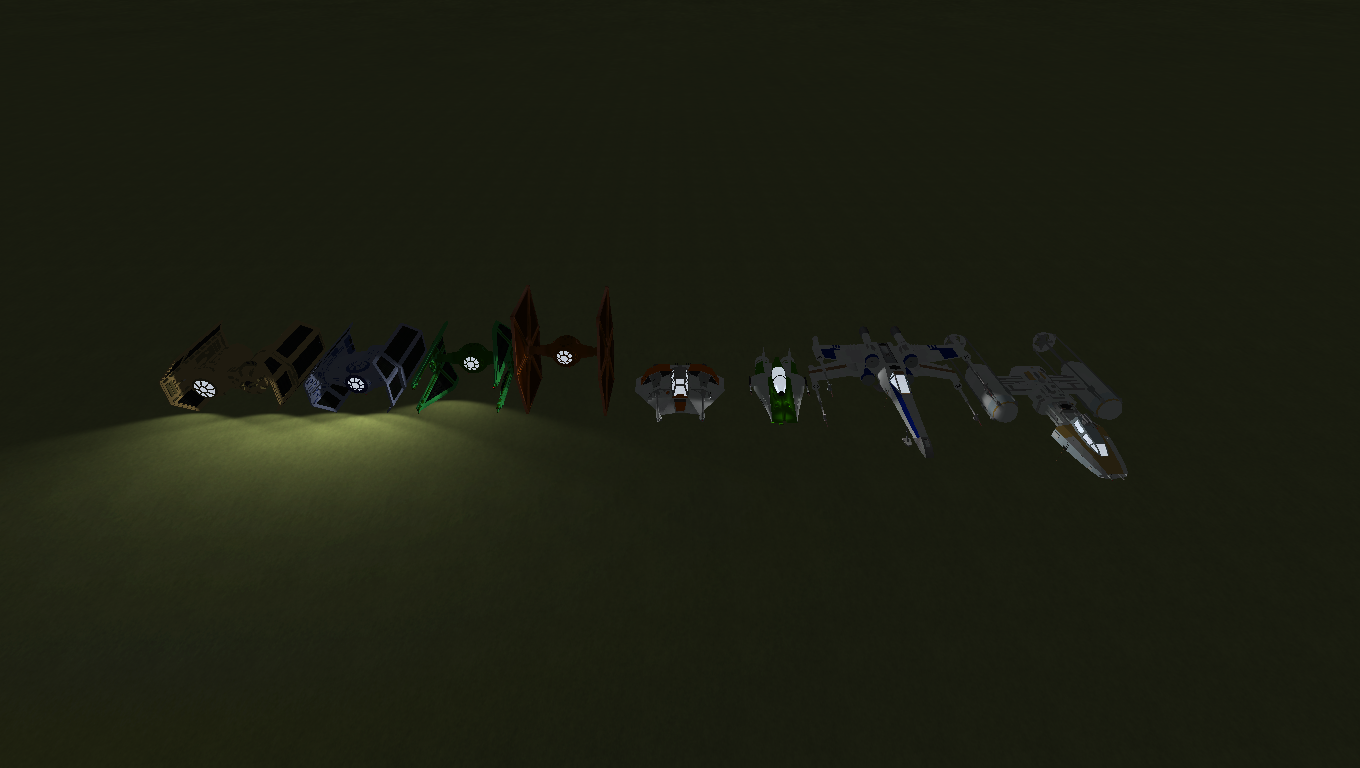 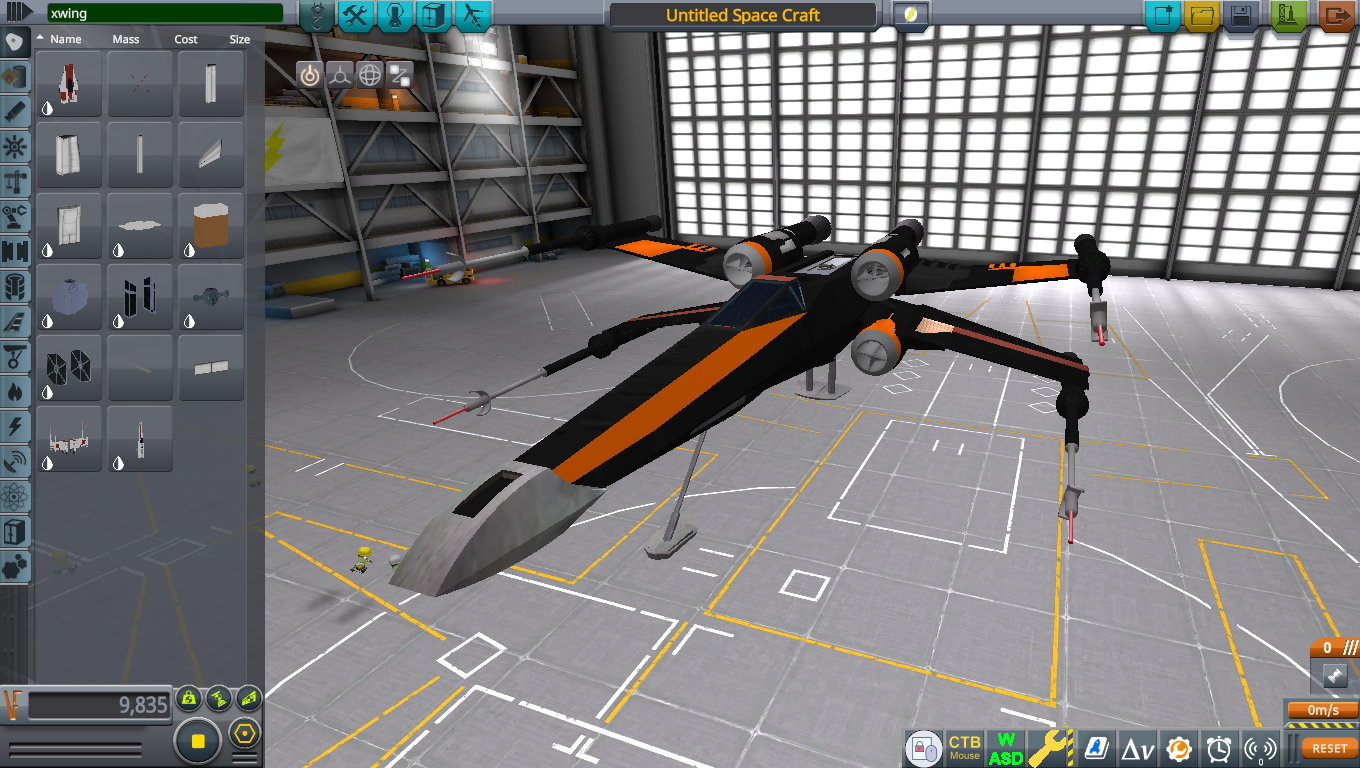 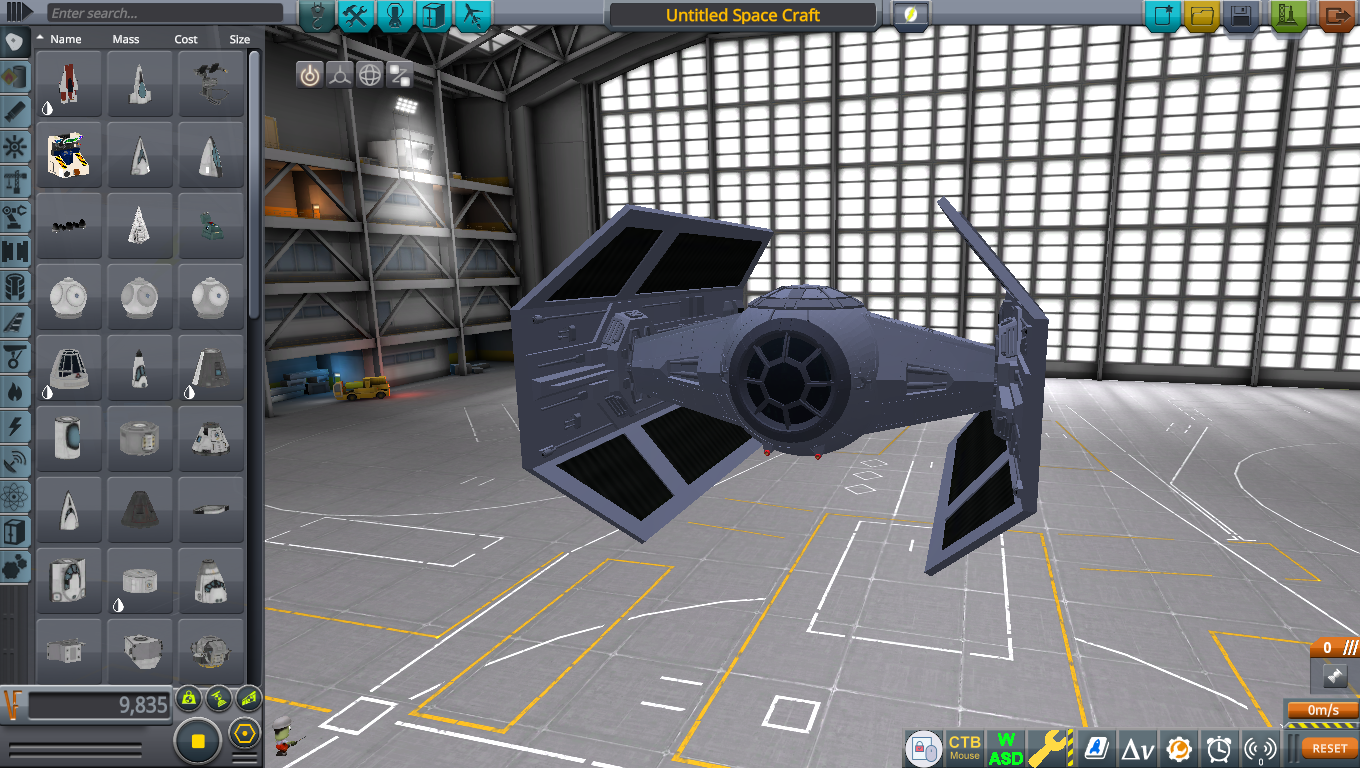 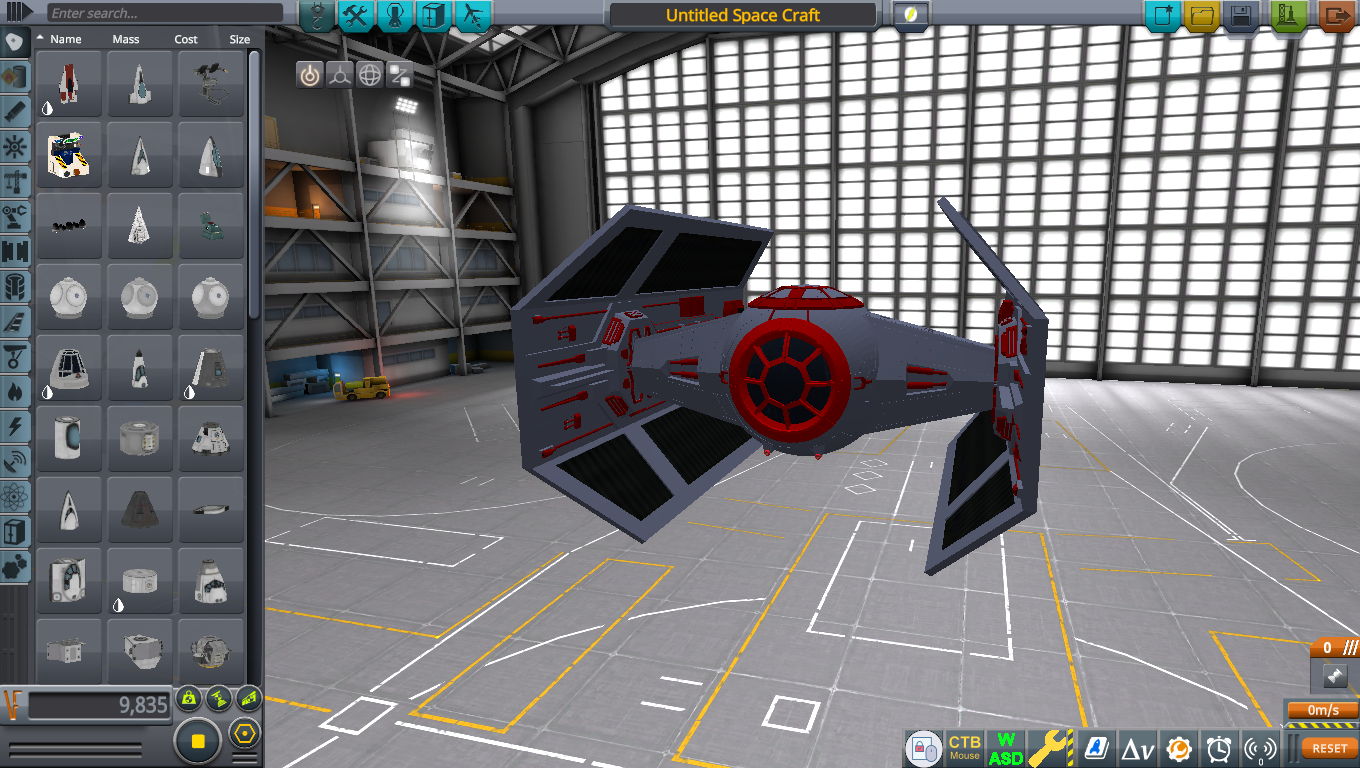 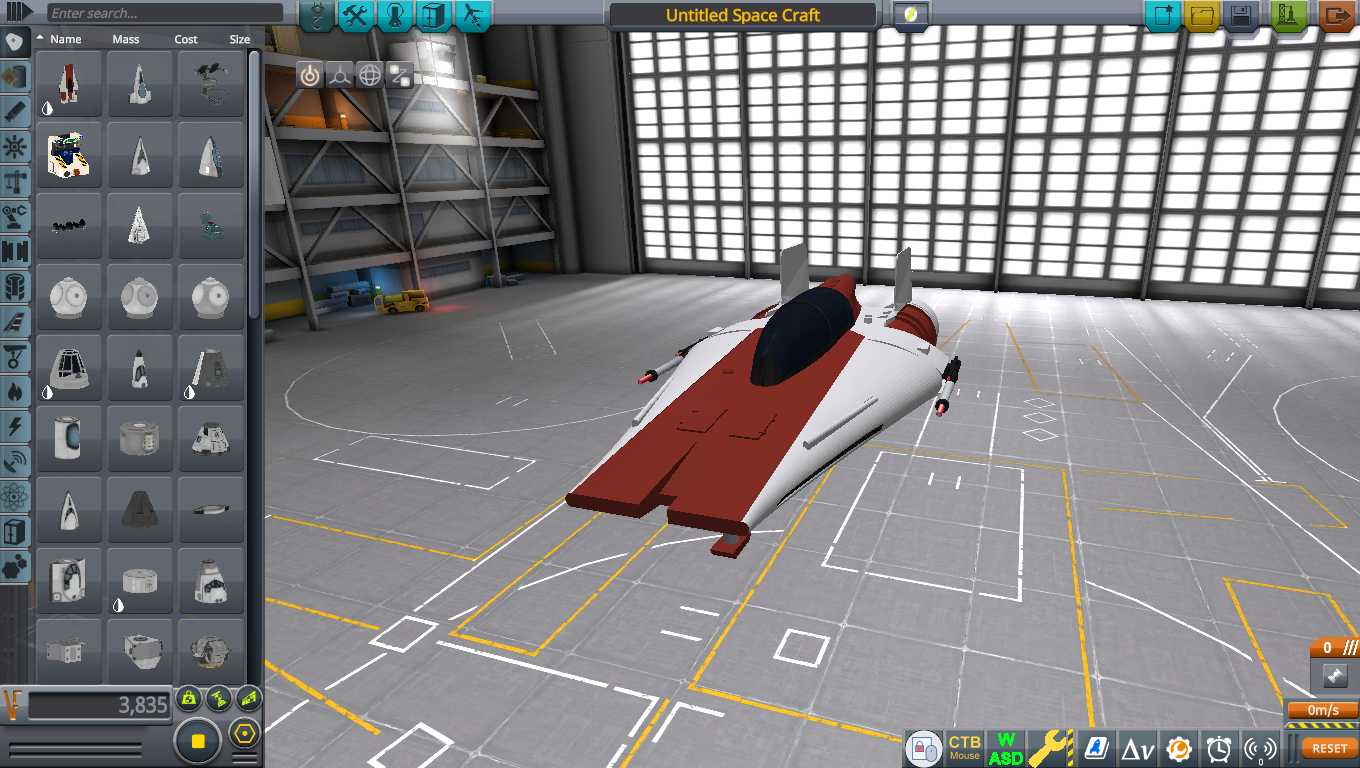 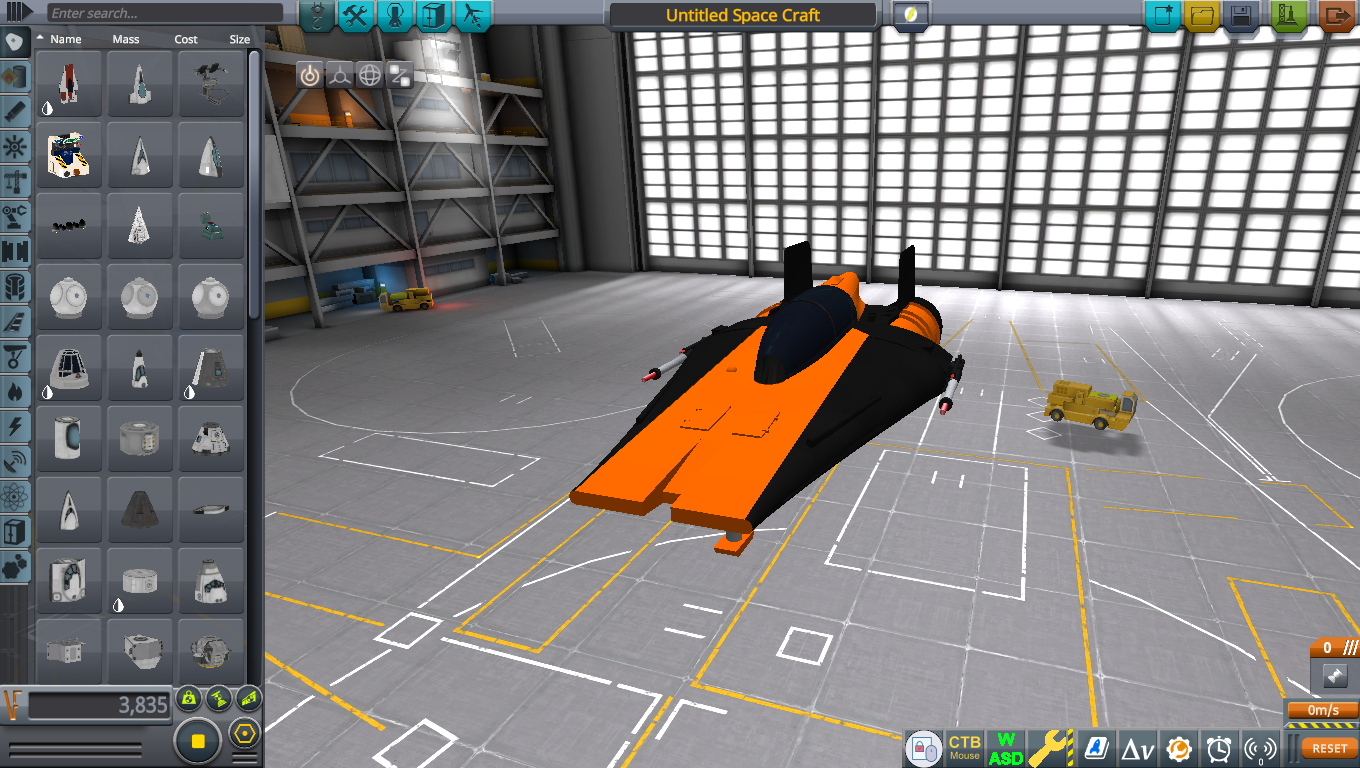 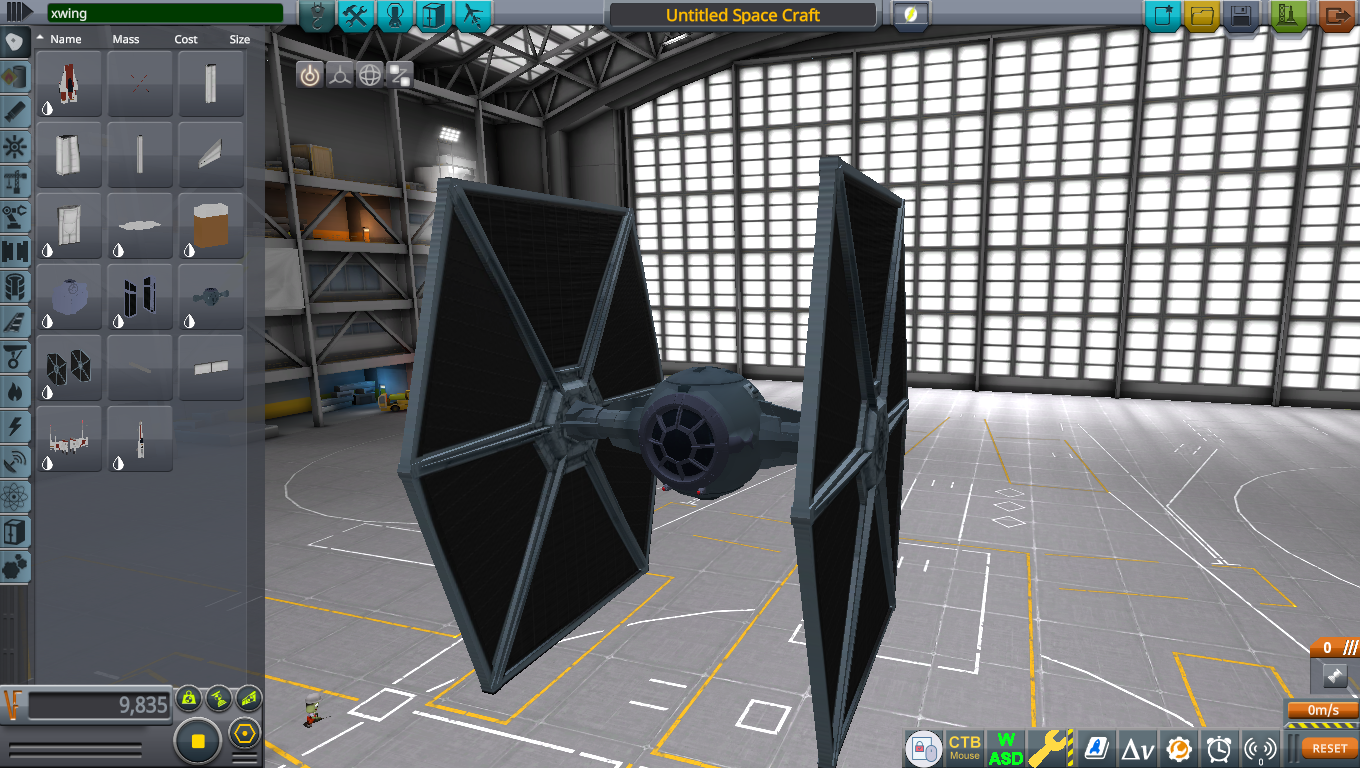 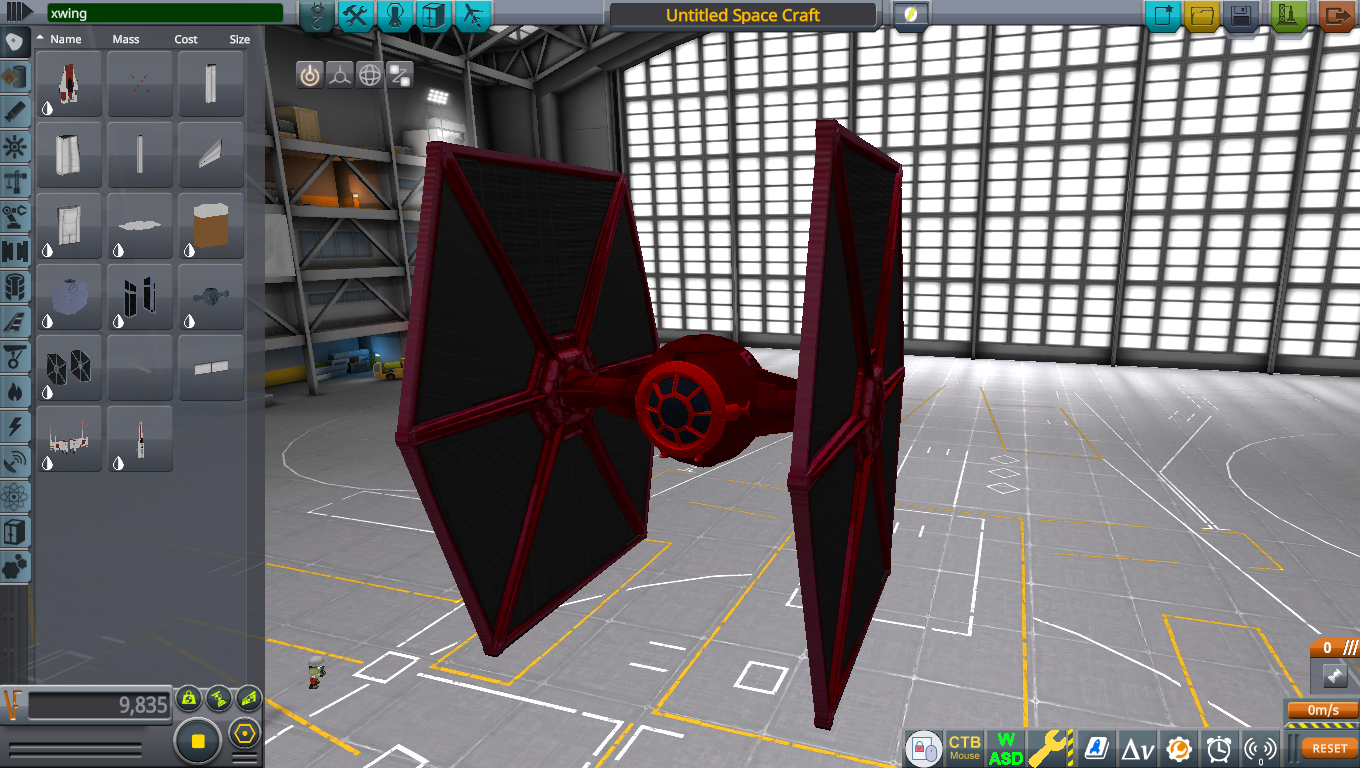 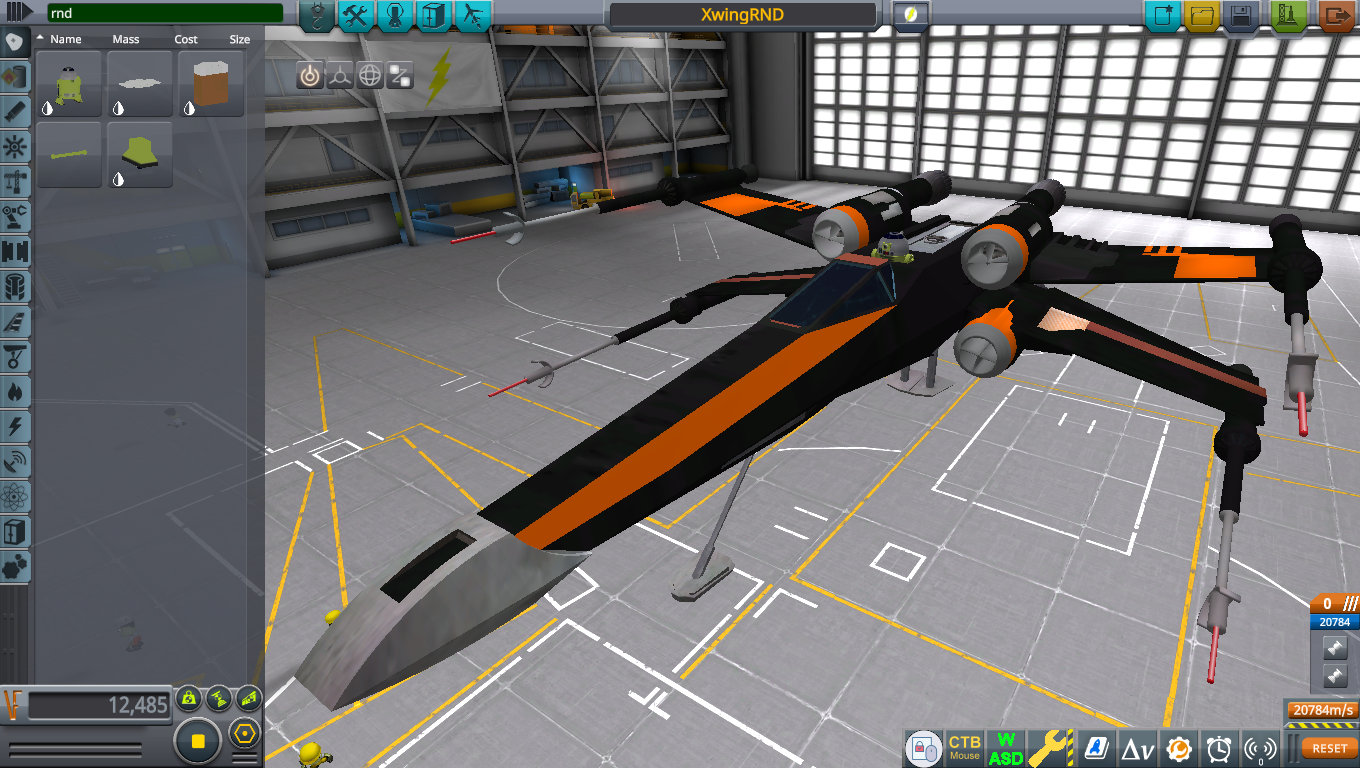 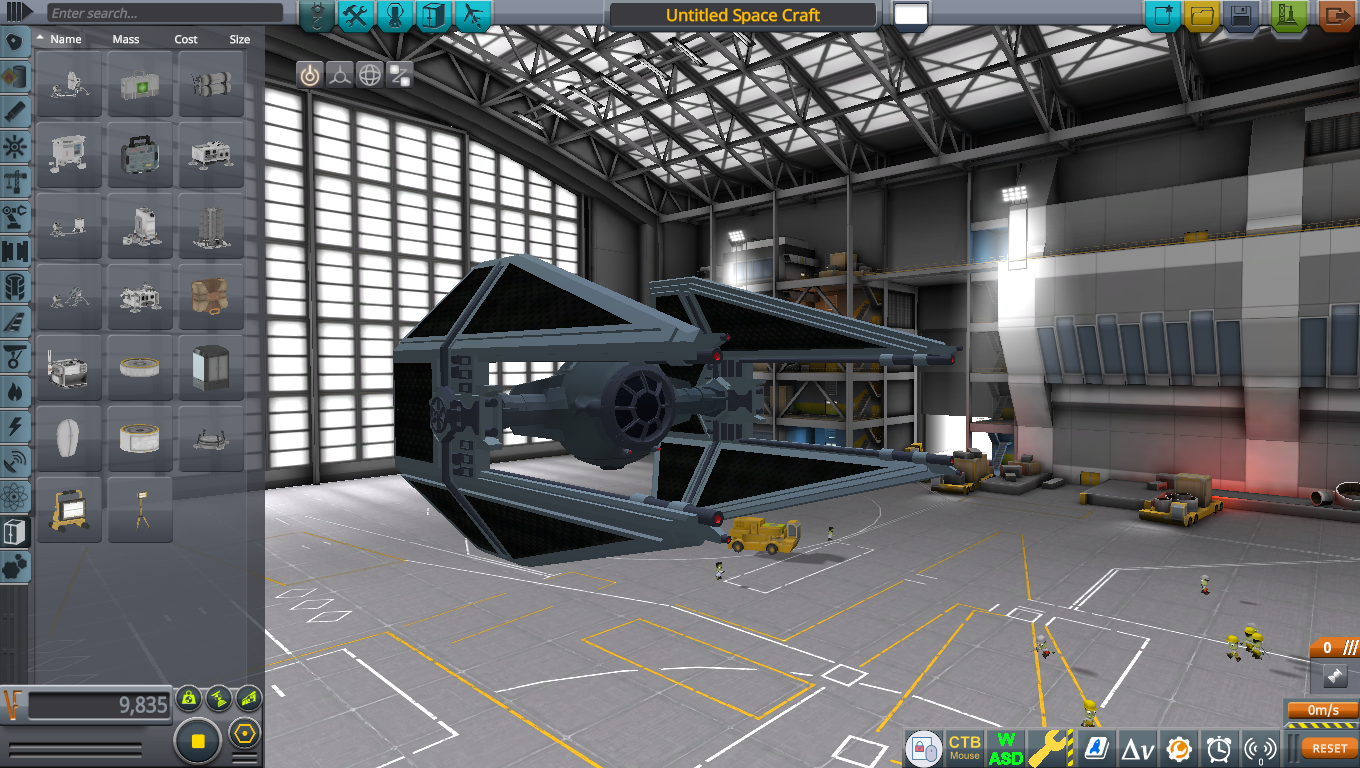 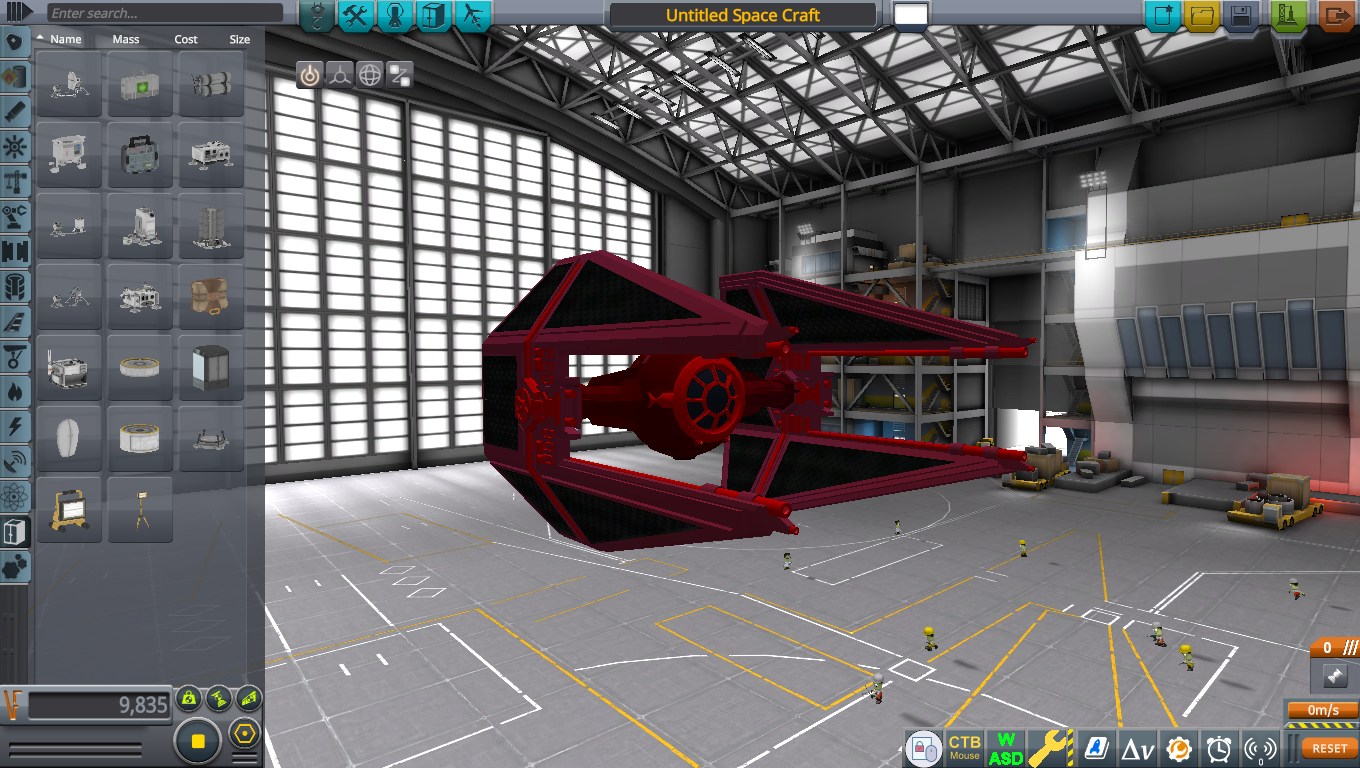 Change log:1.2.0 Added a Tie Bomber, A Y-wing and a Snow speeder. Added a Concussion Missile tube that can be placed anywhere and uses the Fireworks system. Added a VTOL motivator that can be attached to any of the craft for VTOL and hover. Is visible on the base Tie fighter and Tie bomber but have made it see through so it doesn't stand out too much. Added more colour variations to all craft. The Snow Speeder has 2 Airbrake flaps to give it the look from the movie, they are functional but not very powerful, so as to not impact the performance of the speeder. As it is a speeder the engines are only good up to around 3km up. All the craft now use the new light system and now have head lights. Updated the nodes so that the VTOL clicks into all of them. The Snow Speeder uses the A-wings RCS cross and has nodes for the flaps. The RND lift has been visually shortened to not seem to be sticking out of the bottom of the Y-wing. Have included craft files for a Tie Bomber and a Snow Speeder in the main folder. VTOL set to Custom Throttle 1, Concussion set to 1 and bomb on bomber to 2.

Raw stats are from the beginning of time until now. Each follower and download entry represents one hour of data. Uneventful hours are omitted.